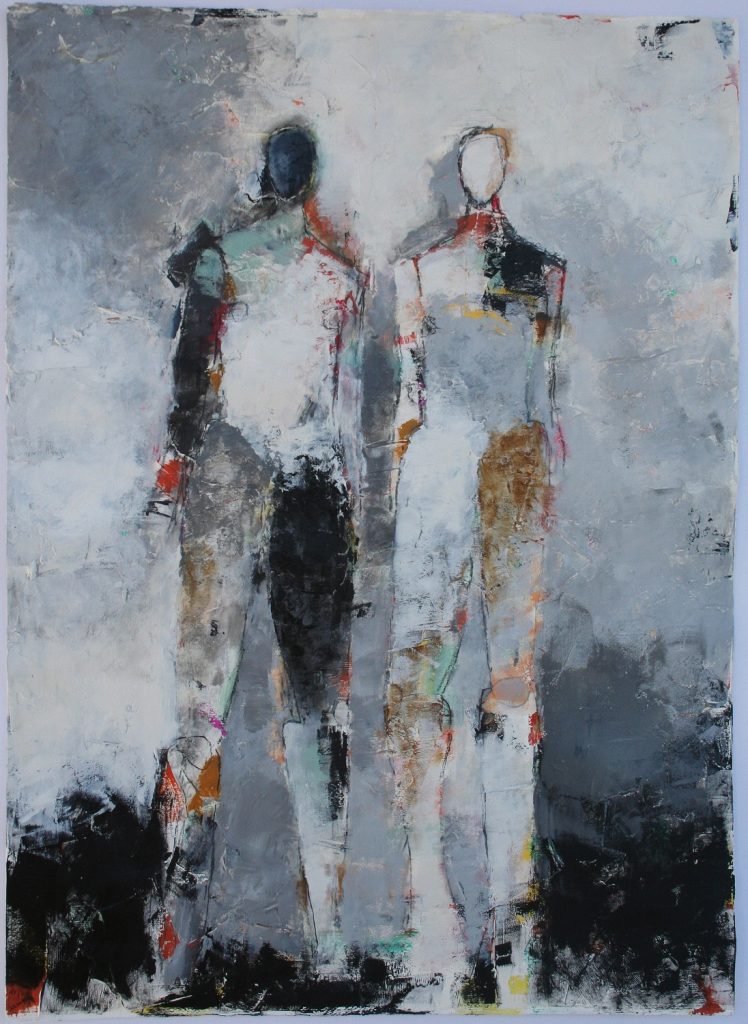 I am fascinated by the challenge of presenting the essential human form with just enough detail and depth to suggest mood and movement.

We instantly recognize the human form, with very few visual cues. I love to vary shading, color and texture to suggest emotion and allow the viewer to reach their own conclusions about who they are. 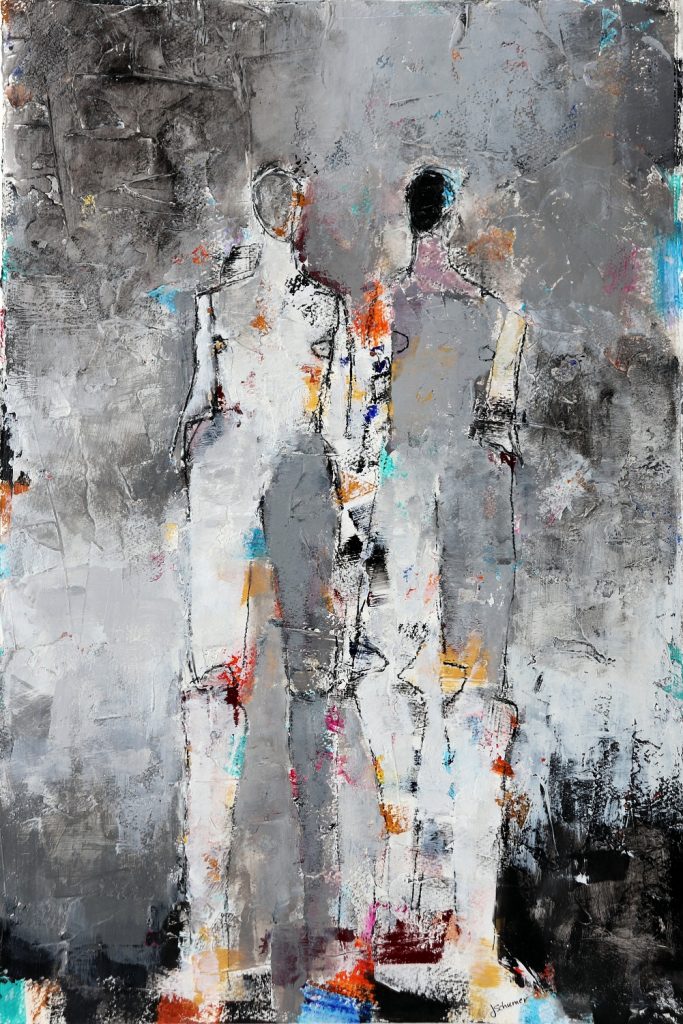 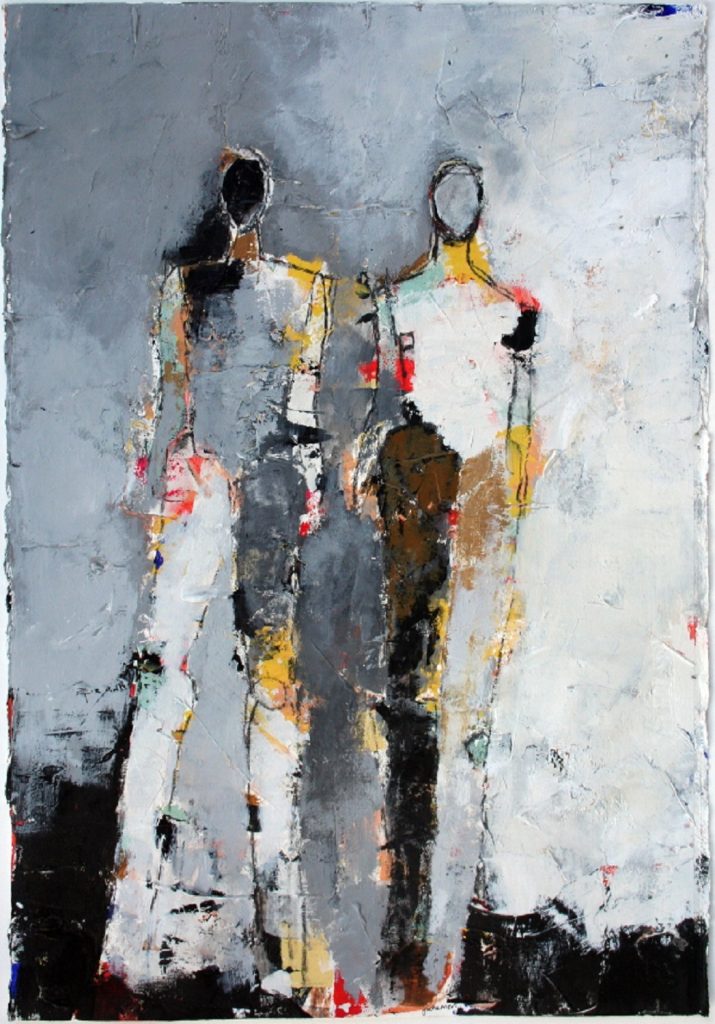 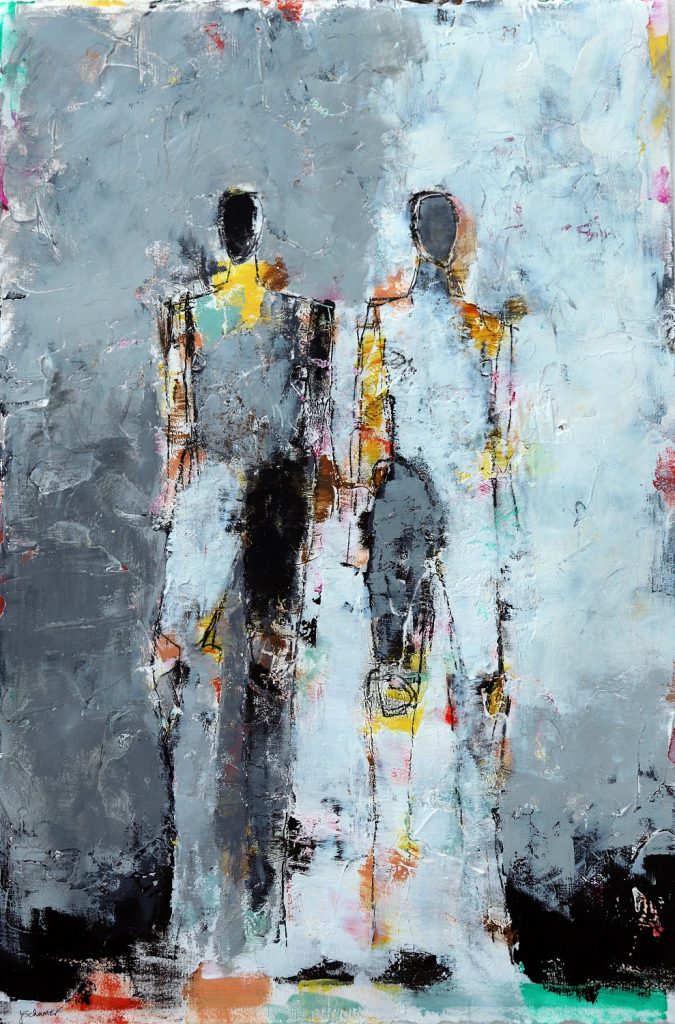 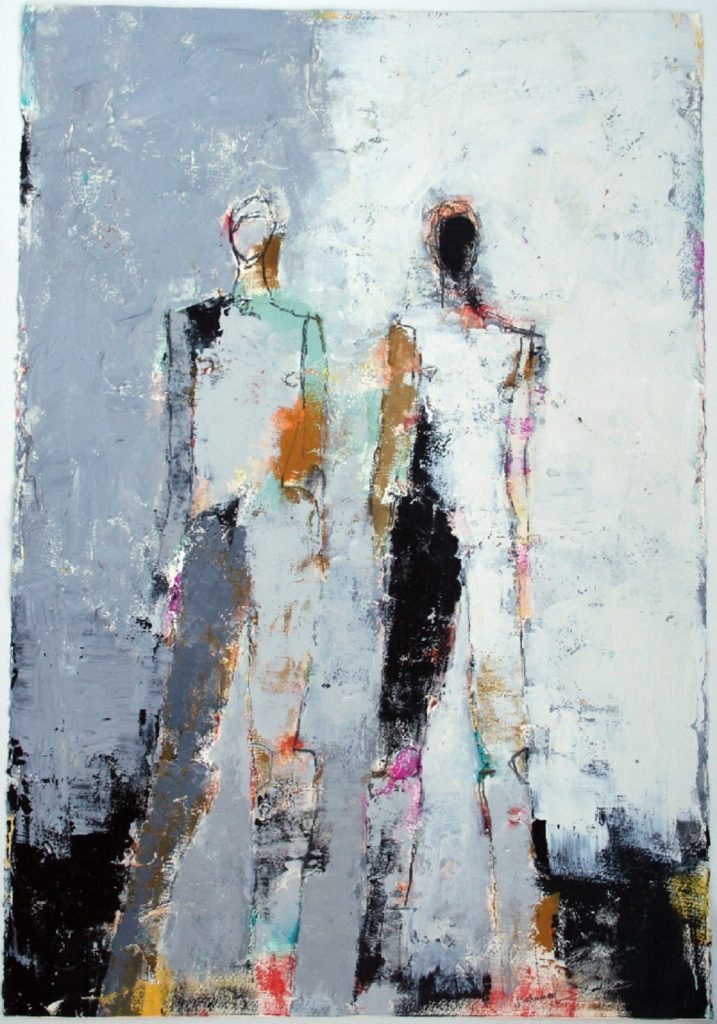 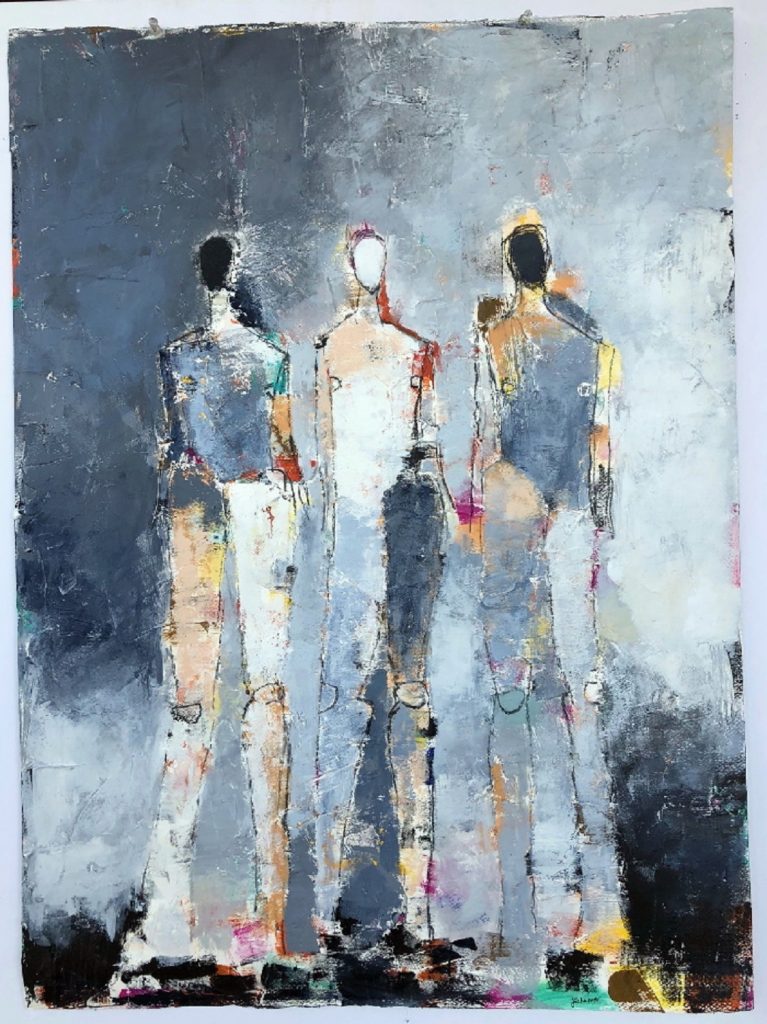 I realized at some point that my paintings are mostly an exploration of texture, line and color. The figures provide a unifying theme for my exploration.

The abstract figure establishes itself as a presence in a room that cannot be ignored. It is impossible to walk past these images without at least glancing at them to see if by chance they have changed since since you last saw them. 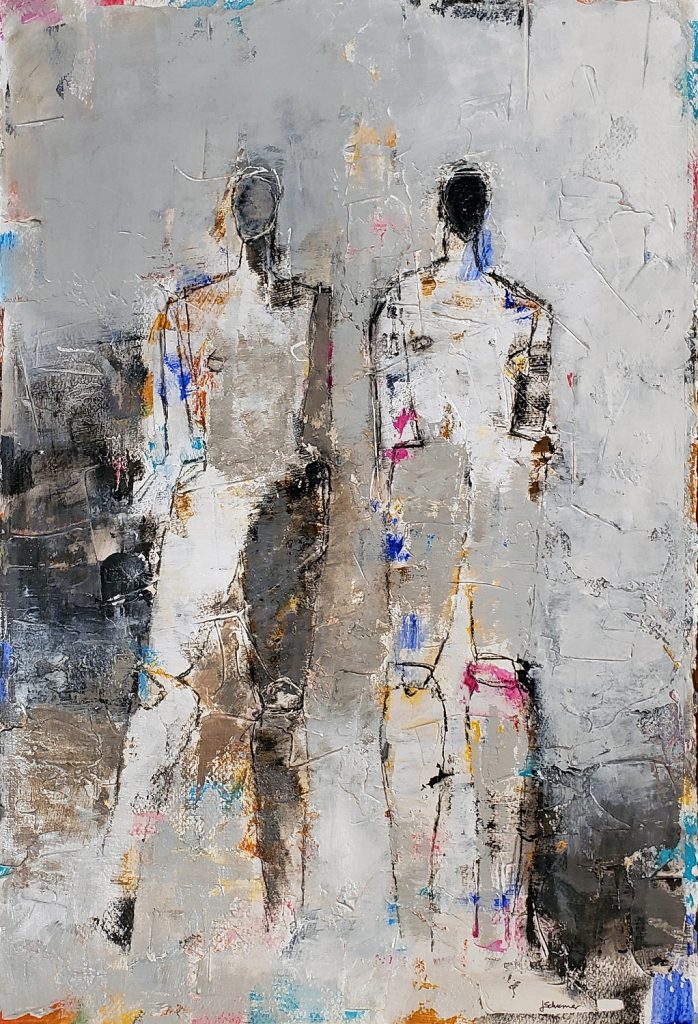 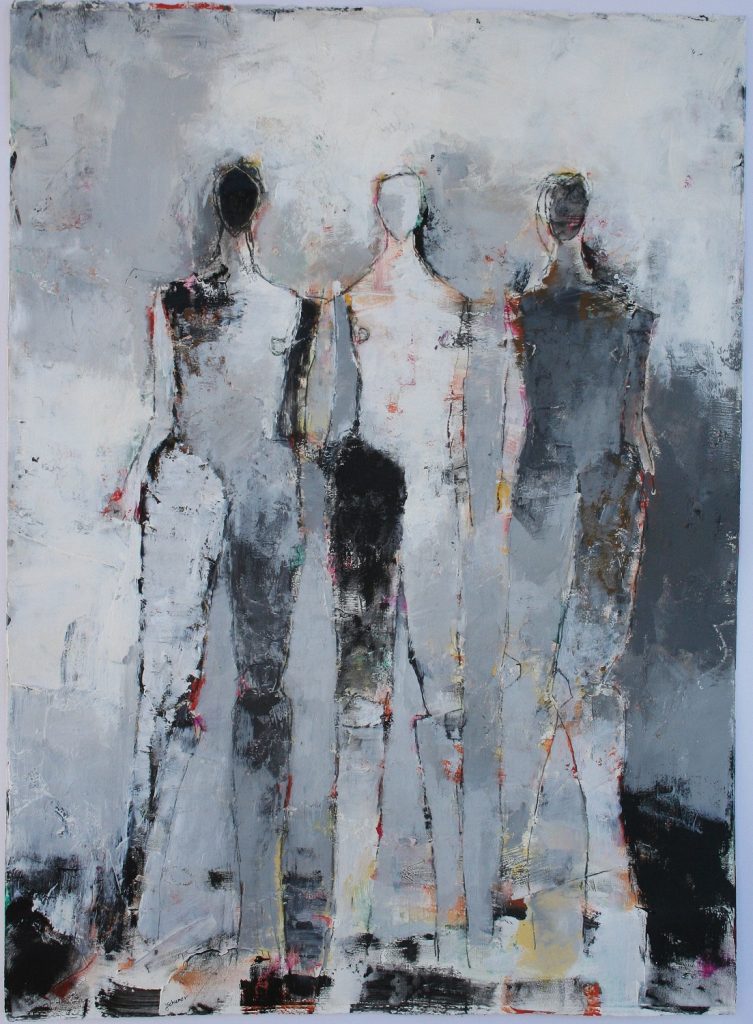 I know a painting is successful when the figures themselves have shown me how they wish to appear.

For many years I explored the idea of relationships in a series of figure paintings on heavy watercolor paper.  These figures would arise organically from the paper, and appear through many subtle layers of paint that were applied and partially removed over a heavily textured surface.  I used a neutral palette with strategic hits of color.

The textured, layered, ambiguous forms of the figure produced an image that appeared to have been uncovered, as if discovered at an archeological site.  The figures mixed a feeling of the ancient with the contemporary.  The additive and subtractive nature of the process of their creation furthered this quality.  The paintings presented as abstract shapes, lines and colors that suddenly comprised a recognizable figure or group of figures.  They were not necessarily male or female, but rather contained all of humanity.  Given the ambiguity of their identity and gender, they portrayed timeless and familiar interactions.  The universality of their relationships were revealed through groupings and small gestural cues such as the tilt of a shoulder, curve of the spine or bend of the leg.

At the end of 2019 I decided to give this series a rest.  Whether that rest is temporary or permanent is as of yet unknown.  Perhaps they will return in a different form.  The figures in this carefully curated collection represent the best and final version of the series, they were all created in the last few years before the series ended. 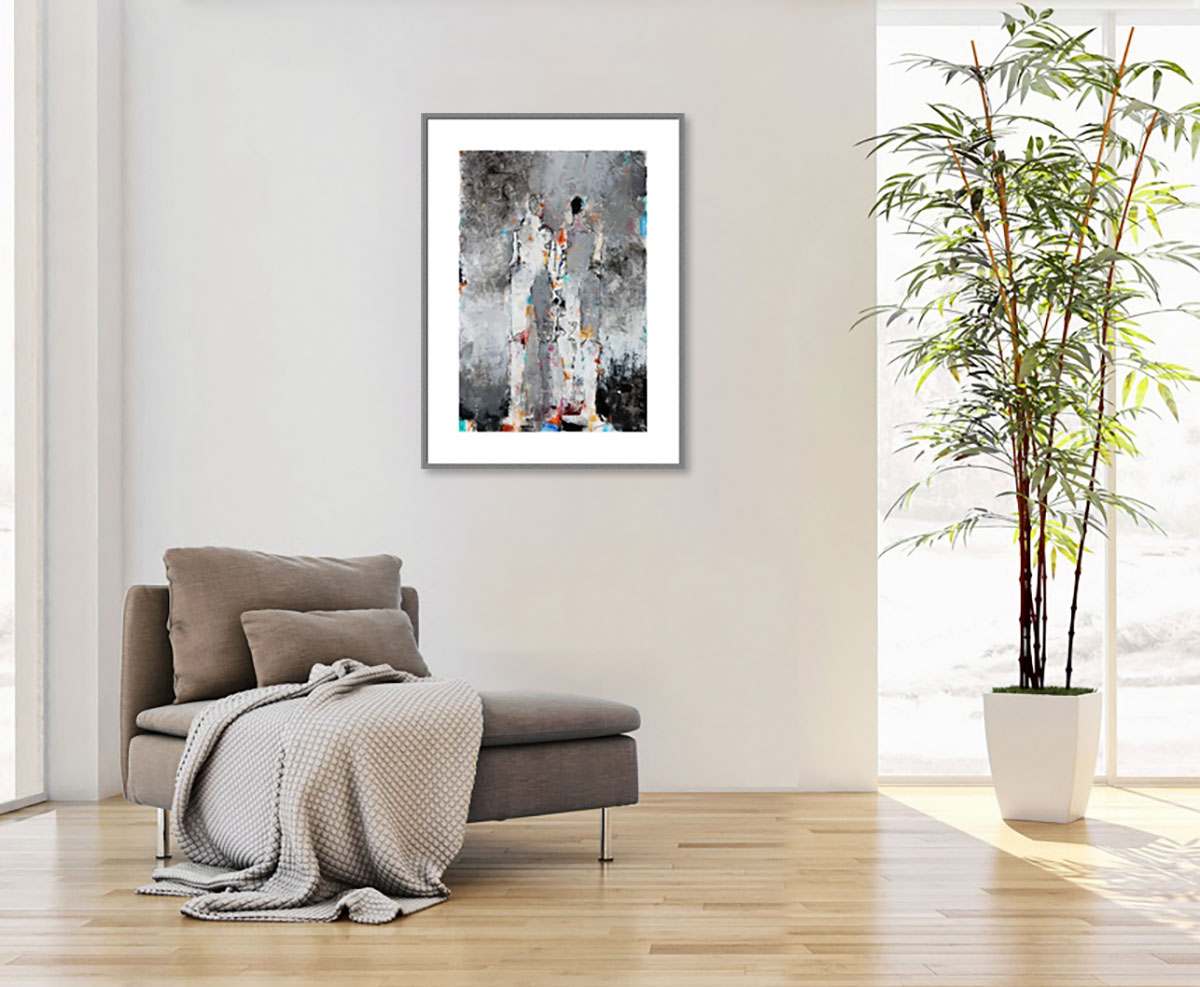